*** This will be the last post on wordpress, as it’s all becoming too much to manage – if you like my blog please check out my blogger site www.lookingforbluesky.com and/or follow by email or Blog lovin or something like that. Thanks for all your interest over the last while ***

If I’m lucky I get to sleep until 5.30am when the alarm goes off. Sometimes I think that Smiley can hear it too, because I hear her calling on the baby monitor at the same time. Today was one of those days: she wanted her wet nappy changed, and then I sat with her and had a quick coffee while the water heated up. I left her with the telly on, had a quick shower and dressed, ready for the day.

At 6.40 her home help arrives and between us we get her showered, which involves lots of logistics and hoisting and mopping – so I wash the whole extension floor at the same time. While her home help gets her dressed, I dig out and iron the clothes, and find her leg splints and put everything within reach.

I was at a meeting about Transition Year at my son’s school last night. But of course not all of you will know what that means, so it’s definition time again…

Transition Year is the Irish education system’s answer to the Gap Year except it takes place between the two sets of state exams during the secondary school years. It’s a bit like Marmite, some love it, some hate it, and that’s just the parents.

It’s also compulsory at my son’s school, and there was a lot of interest in the meeting. This isn’t a fancy well-equipped school in a leafy suburb, it’s in the inner city and caters mainly for teenagers from disadvantaged backgrounds. But it does not resemble the typical media portrayal of inner city schools. They mostly seem to feature disinterested parents, exhausted teachers and feral teenagers. My son’s school couldn’t be more different. and last night the room was packed with parents and their children; extra chairs were pushed into every corner to accommodate all the people who turned up. The teachers are mostly young, and they are all enthusiastic and passionate about education and committed to getting the best out of the boys in their care. As for the boys, well I defy you not to be impressed. Despite many of them living in very difficult circumstances, they were all well turned out for the meeting: nicely dressed, clean shaven, smart hair cuts.  They sat quietly and attended to the presentations. They didn’t interrupt, but asked intelligent questions at the end about the plans for year, which include studying more than 30 subjects, project work, a mini company, weekly work experience and career guidance, and a national award scheme that includes community work and sport.

If any of this this sounds patronising, I apologise. I’m just trying to show how the education system in Ireland does succeed and does make a difference, even in those schools that fall beneath the radar and don’t appear in the league tables.

So why does the education system keep failing those on the autism spectrum, even schools like the one my son attends that are supposed to cater for them?

Some thoughts on New Directions, the Assisted Decision Making (Capacity) Act and more

Perhaps you are wondering what on earth I am on about? So here’s a couple of definitions:

New Directions is the latest disability-related policy from the Irish Health Service (HSE). My understanding is that it was introduced to address all the scandals of poor care in residential homes for adults with disabilities. The idea being to move all those affected back into smaller homes in the community.

Now the policy has been extended to adult day centres, which are provided for those adults for whom paid work is not possible due to the severity of their disabilities. They are now to be based ‘in the community’ too. 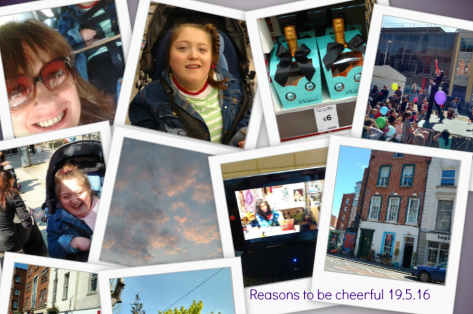 Last week ended very badly but I think it was a build up of stress and anxiety. Once it was over, it really was over and this week began really well, and I was briefly back to my old energetic self. I cooked myself a dinner (instead of the toast I’ve been living off for the past few weeks) and we sat down to eat together. We discussed the history of the X Men. As you do.

I also cleaned the house, the car, cut the grass and started digging the garden. 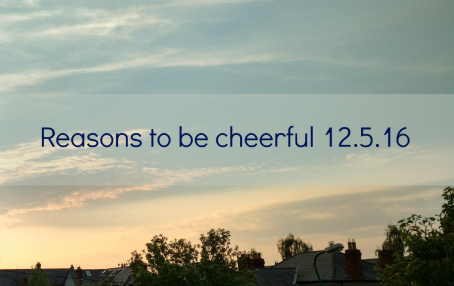 I’ll draw a veil over the on-going sh*te that is the world of special needs to focus on the good stuff for this week’s reasons to be cheerful hosted this month by Michelle Twin Mum. It may be a short post though!

I’ve always been fascinated by houses. I used to draw up house plans (my Mum kept boxes of them in the attic) and sketch door knobs and windows, anything of interest, when we visited other towns, especially beautiful Bath. Moving to Ireland meant I could indulge my interest every week through the property supplements in the national papers and now I can escape to on-line house hunting heaven at any time of the day or night. And sometimes I do, especially as the idea of moving to somewhere smaller and more manageable really appeals.

It could be a fresh start, a chance to create the perfect home for my daughter and shake off bad memories and disappointments.

But the thought of moving is scary too. Will it be a safe area? Will there be good broadband? Will a developer build houses in the field out front? Then there’s the fear of losing my support network of doctors, babysitters, hairdressers, all those essential people that help us to live our lives in comfort.

Sometimes I look at houses and apartments in the city, but I also dream of moving to the country. Originally Wexford, but that ship has sailed. Now I’m being a bit more sensible and considering bungalows and cottages within easy reach of Dublin, and sometimes I go and look at one in real life, and explore the area, just to enjoy the space, the peace, the birdsong and the big skies above.

And so it was that I found myself one sunny morning heading out in the car to look at a run down bungalow near the coast. 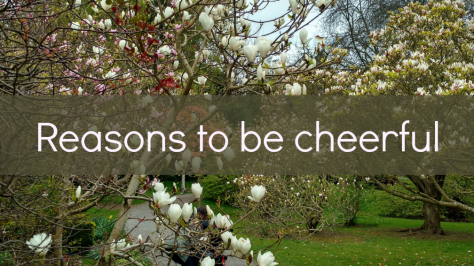 Autism has dominated the ups and downs yet again this week. I’m glad that autism awareness month (April) has finished because I get upset that so many people are so aggressive about autism awareness and acceptance and I can’t listen to them.

So it was wonderful to realise that one of the characters in this book probably has autism, even though the word has not been mentioned so far. He is a clearly a little different, but his brothers and sisters just accept it, work around his differences and help him to exploit his strengths. I’ve not seen a better way to promote autism acceptance than this. In this story, he’s just another kid.

No big deal is made out of it. No-one is angry, no one is preaching about how he should be labelled or not. No-one is prescribing treatments, He is just a part of the family. I’m loving it! Though he hasn’t had any meltdowns yet…